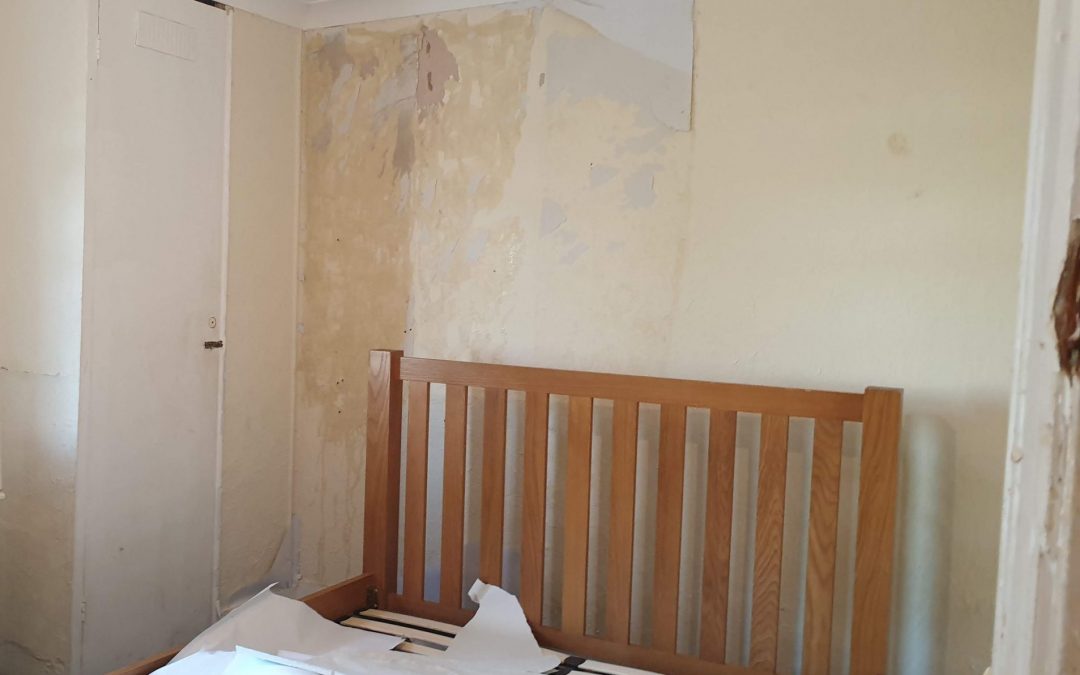 After doing some work previously for one of our landlord customers he asked us back to see what we could do with this wall, at first glance it did not look too bad but upon closer inspection… Well, we’ve never seen anything quite like it!

The previous tenant has tried to paper this wall using what appeared to be Evo-stick (or similar other brands are available hehe) and as if that was not bad enough they had also gone a bit mad max with the staple gun, presumably to hold the wallpaper in place until the glue went off. Now anyone that has ever used a contact adhesive will tell you, that you need to let the glue dry “tacky” before sticking the two parts together, or it’ll just slip around all over and take ages to go off.

When the landlord peeled the paper off (perhaps unsurprisingly) some of the plaster came with it which is when he called us in to see what we could do about it. Firstly we removed well over 100 staples from the skirting board, coving and plaster, then we rubbed the wall down with some abrasive paper to get rid of the old adhesive. At this point, any other loose plaster that was going to fall off had done so and we cracked on (pun intended) filling all the smaller holes and skimmed the large patch in the top left.

Once dry we popped back the next day to give this wall a couple of coats of emulsion and it all dried up pretty good, once again a very happy customer who has promised us more work on this and other properties in the future. 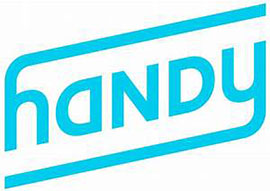